"Wherever flax seed becomes a regular food item among the people, there will be better health."  - Mahatma Gandhi

Eating the wheat grain, including wheat flour products, is harmful to health, as wheat has thousands of irritant proteins and acids that are toxic to humans, including lectin, gliadin, gluten and phytic acid.

Millions of people are allergic to wheat without knowing, especially to the gluten, which may cause uncomfortable digestive tract disorders, especially celiac disease or "sprue". The various compounds in modern wheat effect nearly everyone who eats it.

Of the many people who have a known wheat allergy, it is described as a gluten allergy. Wheat allergy and gluten intolerance are very common.

Gluten is the sticky protein in wheat that makes it popular for baking bread and pastries. The gluten holds the items baked with wheat flour together.

The problem is, most of us are eating too much of the starchy part of the wheat, where most of the gluten and other toxic proteins are found, and missing the great goodness wheat has to offer.

White flour products are especially poor, as they have little of the goodness and most of the starch, gluten and irritant proteins. The nutritious wheat germ and the fiber of the bran, which is beneficial for bowel elimination, are often separated from the flour in milling white flour.

Gluten is not the only allergy problem with wheat.

The lectin in wheat is particularly damaging to the arteries where they branch. It has been found to be a major contributor to circulatory disease, particularly hardening of the arteries (atherosclerosis). Gliadin is an opiate compound in modern wheat varieties that binds to receptors in the brains and stimulates appetite, contributing to excess weight problems and diabetes. Phytic acid in wheat is a significant cause of arthritic trouble.

Today's wheat has was developed from hybrids of earlier strains of wheat, such as emmer, and other grasses. Modern wheat has more of the gliadin protein. Spelt, kamut and emmer are older varieties of wheat, whereas triticale is a hybrid of wheat and rye that does not reproduce itself.

The best way to use wheat family grains for food is by sprouting, which reduces some of the harmful compounds, and even better to grow the kernals into wheat grass for juicing. You can also chew the grass to extract the juice, which is high in chlorophyll, beta carotene, enzymes and minerals.

It is quite a challenge to avoid wheat as it is so common in the modern diet. Nonetheless, eliminating it would be a great benefit for health. Barley, rye and oats eaten as grain or cereal are somewhat better, but do also contain gluten. As raw whole grains these can be sprouted into beneficial grass as well as wheat.

with the highest oil level, grown in soils free of cadmium.

It has an extraordinarily high ORAC (antioxidant) value of 8000.  Good news! -- It is very affordable.

Get your daily super foods, and feel better and better with Delicious Greens 8000TM.

* Statements made in this website have not been evaluated by the FDA, nor are they intended to diagnose, treat or cure any disease. 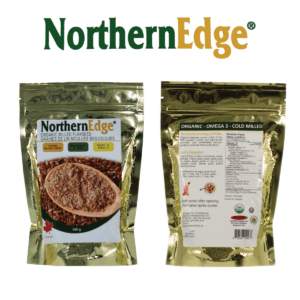 THANKS FOR YOUR ATTENTION!

Back To The Top